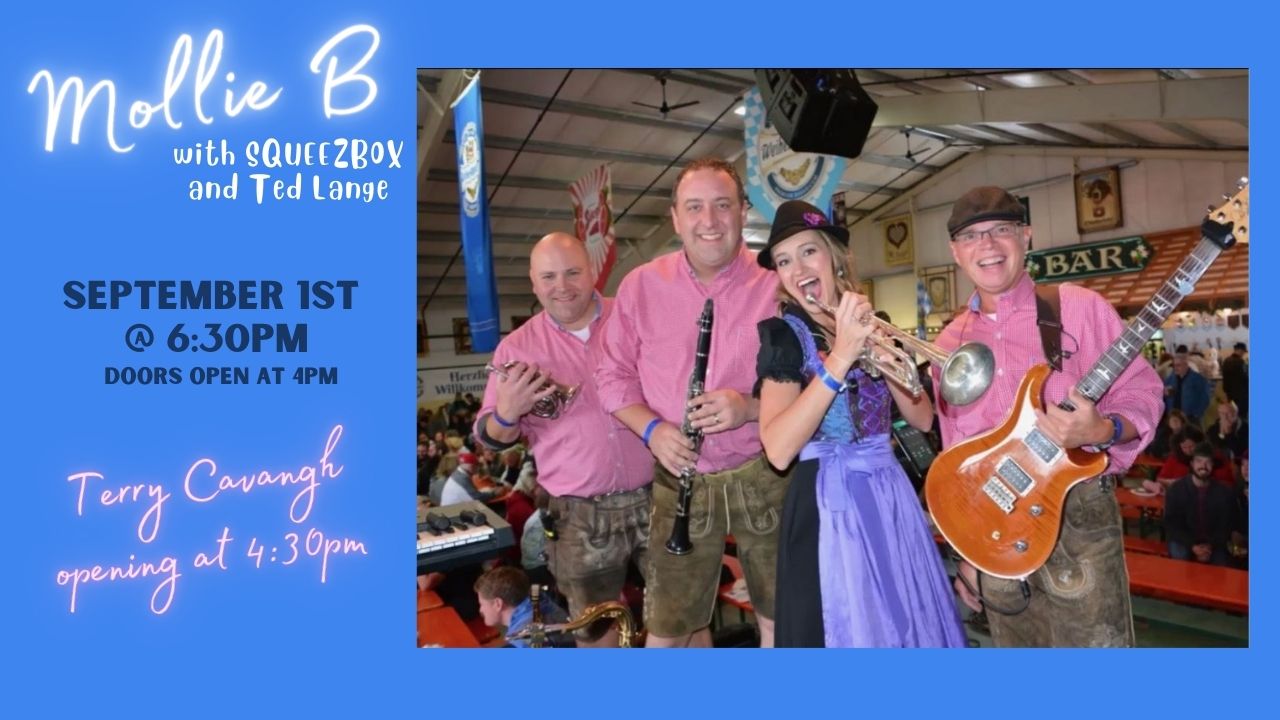 Mollie B with Squeezebox & Ted Lange

Mollie B & Squeezebox with Ted Lange will be at Krause’s Cafe & Biergarten in New Braunfels, Texas on Thursday, September 1st!

Concert begins at 4:30pm with Terry Cavanagh of The Alpine Express

Doors open at 4pm with open seating in the Biergarten

Early Bird tickets available now! Price is subject to change. Children 2 and under are free.

“Mollie B & SQUEEZEBOX with Ted Lange” is a collaboration of award-winning musicians with extensive performance backgrounds, and is led by National TV and recording star, Mollie B, and 2-Time Grammy Nominee Ted Lange. Performing several engagements a year all across the United States, they’re able to accommodate requests that bridge generations, nationalities, and musical styles.