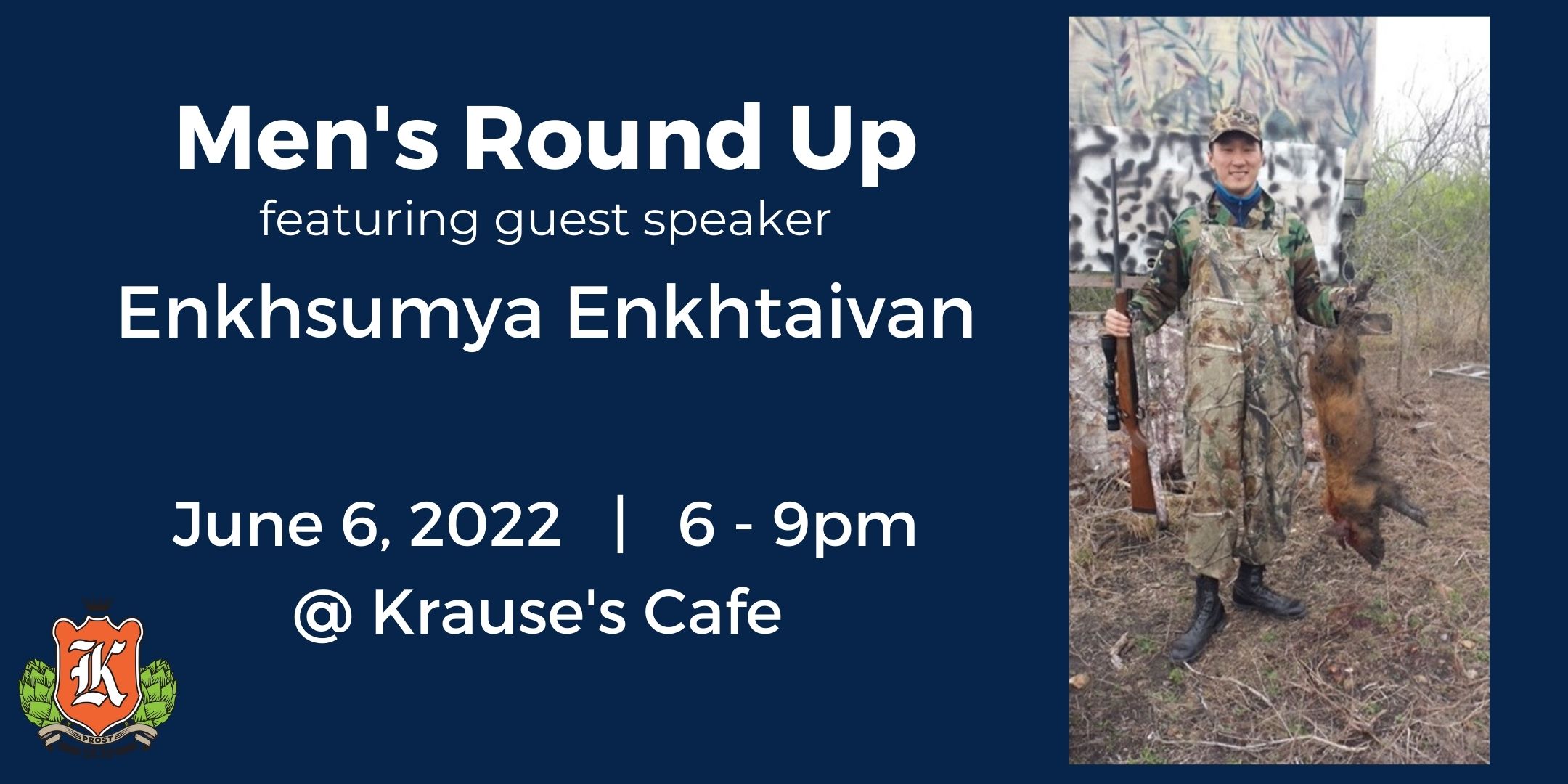 Men’s Round Up featuring Enkhsumya Enkhtaivan

Sumya was born and raised in the country of Mongolia. Born when the country was still a communist satellite of the Soviet Union (USSR), he lived through the move from communism to democracy. He also grew up in a broken home moving from the country to the big capital city when his parents divorced. As a teenager he fought with a drunken step Dad who tried to beat his mother and sister. At 18 years old he was selected to attend the Mongolian Military Academy in Ulaan Baatar. There he came to a faith in Christ in his freshman year led so by a US based military ministry called Centurions. His third year he attended the Bundeswher Military Academy in Germany. Selection for this posting was highly competitive within the Mongolian military. he year abroad is when God called him into full time ministry and he finished his degree in 2009 and knew he was destined to join Centurions in full time service and now is the president and country director for Mongolian Military Christian Fellowship called Centurions and it is under the umbrella of Campus Crusade for Christ International. He is now joined in full time ministry by his beautiful bride Undrah.

Fellowship starts at 6:00pm followed by dinner and speaker