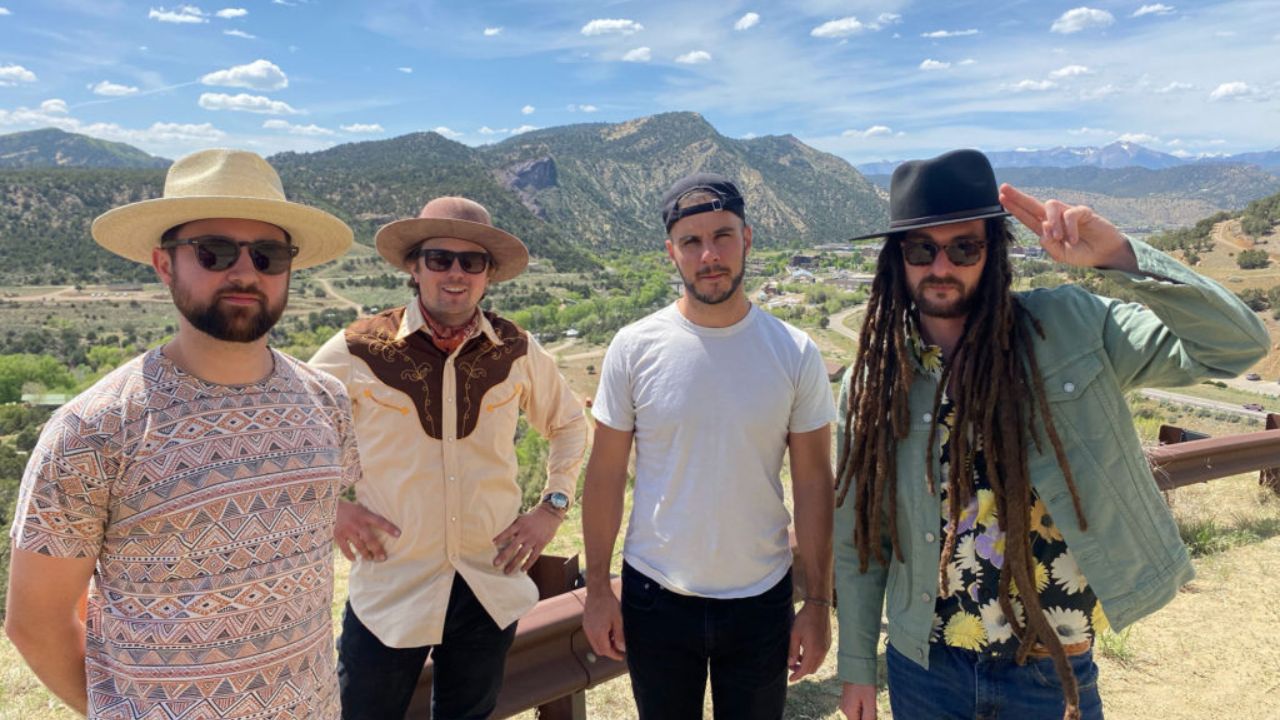 ‘Roots…Rock… Reggae’ inna Austin, Texas Austin Texas, the ‘Live Music Capital of the World,’ is one of the most significant music destinations in the United States. The caliber of musicians and performers found in Austin is legendary, a place where Grammy winners are as common as mesquite-flavored barbecue. It is never surprising to walk out of a local venue thinking you just heard one of the greatest bands ever in a small intimate setting. Austin is also a cultural melting pot for musicians who play a wide variety of music genres. The diversity, although constantly ebbing and flowing, continues to grow. as evidenced by the hugely popular Austin Reggae Festival. Lion Heights is a mighty band that is a product of Austin’s diverse live music community. A small band with a big authentic roots Jamaican sound. Lion Heights began in 2013 on the west side of Chicago between friends, Dane Foltin (Bass/Vox), Jeremy Carlson (Keys/Vox), and James Campbell (guitar). The trio met while studying music at Columbia College and began playing together in various bands. The result was the creation of their own musical trademark influenced by roots reggae music pumping out of Jamaica in the 60s and 70s. The trio blended aspects of Soul and R&B with vintage reggae to broaden and entice new audiences. Their talent led them to perform as a backing band for I Wayne, Lady G, Sister Nancy, and Dawn Penn. In 2014, Lion Heights relocated to Austin, Texas. Their talent and reputation grew immensely in a short time. They cross the massive Lone Star state- bringing energetic roots reggae to the Texas Reggae scene. They have opened for well-known Jamaican acts such as Kabaka Pyramid, Jesse Royal, Pentateuch, Dubtonic Kru, New Kingston, Lee “Scratch” Perry, and Cocoa Tea. In 2013, the band released the EP entitled “Survival of the Richest” along with the single “Good One.” In 2017, the group released their first full-length record, “Same Situation.” Their unique talent landed appearances in 2018 and 2019 at SXSW and the Austin Reggae Fest. In 2019, the single and video “Smile” was released further growing their fanbase and rising reputation as a highly respected roots reggae band. Their most recent single is “Elevate”, recorded in collaboration with The San Antones. Watch out for the soon-to-be-released official music video for “Elevate”. Lion Heights is an unforgettable reggae experience with talent destined for launch into international recognition.