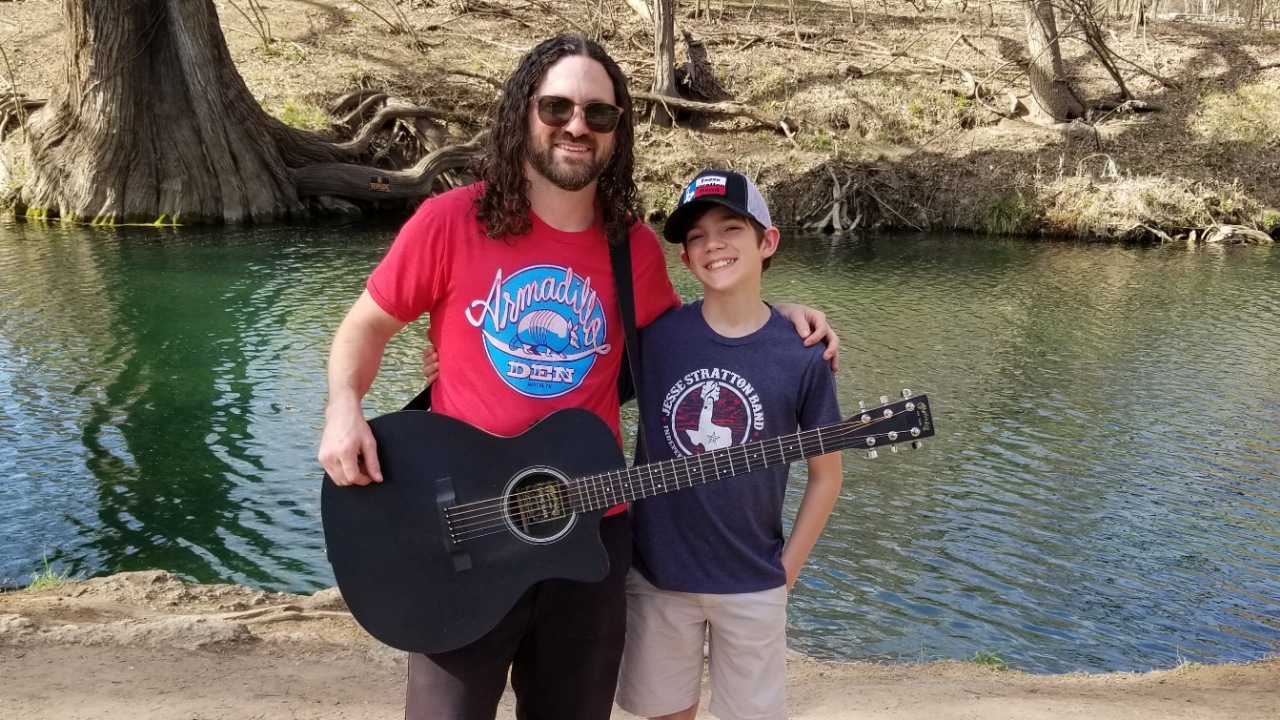 Alternative Country & Americana. Homegrown hill country music. Jesse Stratton and his 12-year-old son, Joshua Stratton, play live music in its purest and most wholesome form, forging a connection with their audience. The father-son duo has been playing in front of live crowds since Joshua was 10 years old. Jesse is a lifelong multi-talented musician, playing saxophone, harmonica, and guitar, as well as performing lead vocals. Although Jesse spends most of his time touring with the Jesse Stratton Band, his latest venture has been playing duo shows with his son. Joshua Stratton is 12 years old and currently a 7th grader in Wimberley, TX. He is following in his father’s footsteps, playing the saxophone in his middle school band. He is first chair tenor saxophone in his band, as well as 2nd chair tenor saxophone in the Central Texas All-Region Band 2021. However, when he is playing with his dad, Joshua keeps his saxophone at home to play percussion and sing harmonies. Joshua also composes original pieces on the piano. Clearly, the musician gene has been handed down. Together, the Stratton boys play an eclectic range of music. You can expect plenty of heart-felt, story-telling originals written by Jesse, as well as a few uniquely arranged cover songs. Jesse’s songwriting ability to convey life’s many ups and downs is truly a special experience, especially when he is paired alongside his son.