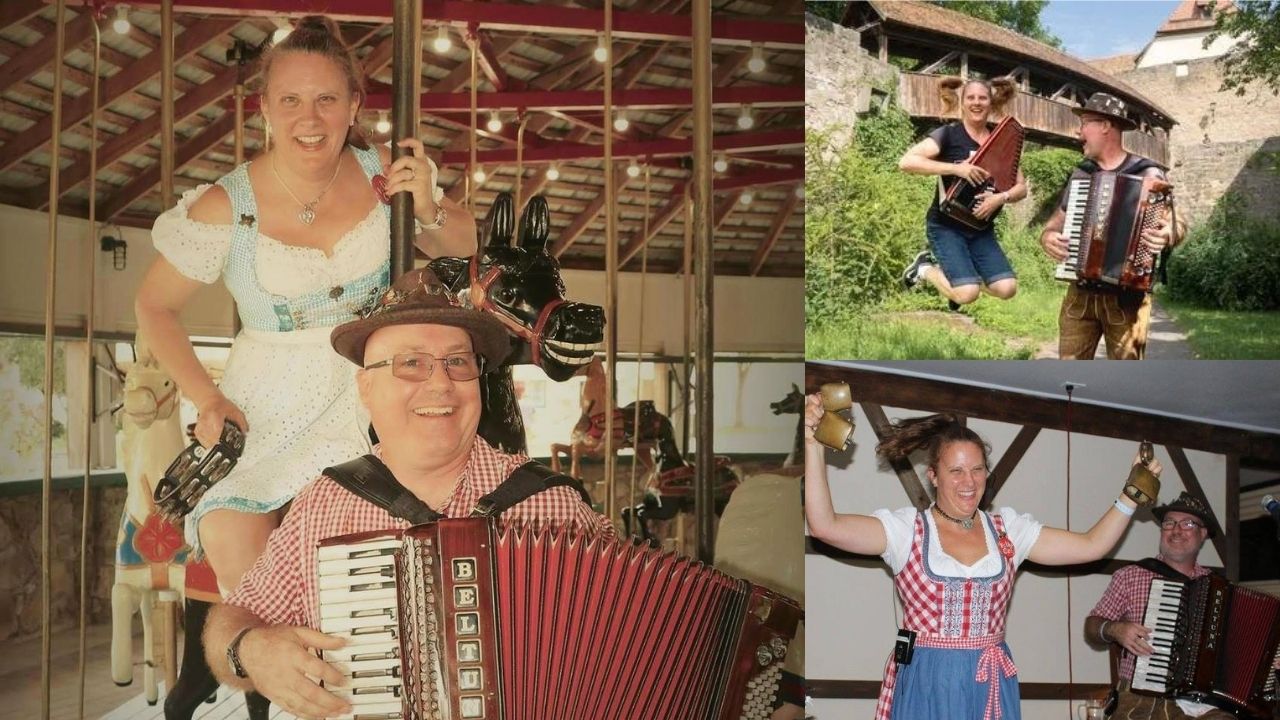 The name translates to “That’s Fun” and this German Band based in Houston, Texas delivers. Das Ist Lustig performs nationally year round. They’ve entertained in Alabama, Florida, Georgia, Missouri, Oklahoma, Louisiana, Tennessee and all over Texas, sharing their energetic style with restaurant clientele, festival patrons, corporate events, private parties, and students of all ages. They play for their travel guests while touring Europe in the summertime, where locals often ask what part of Germany they’re from. They’ve been described as “Spitze” by locals in Oberammergau, Germany. A little Dutch, Czech, Classic country and American variety is also incorporated into the repertoire. Das Ist Lustig is one of the most requested traditional German folk bands currently touring the southern part of the USA, with over 150 performance dates annually. More than 50 of those in just September and October. They perform traditional German and Alpine music with high energy, and pure love for the music they play. Their enthusiasm is contagious in every venue where they entertain.